What happens after laser resurfacing

Laser resurfacing with a CO2 or carbon dioxide laser is a treatment option for raised birthmarks, moles, scarring from acne and sun-damaged skin.

There's evidence laser resurfacing is an effective non-surgical way of improving the appearance of acne scars and other skin conditions.

Laser resurfacing is a cosmetic procedure that removes top layers of skin, called the epidermis, with less of a risk of creating a scar than surgery.

The British Association of Dermatologists says laser resurfacing of skin on theface affected by acne scars is an established technique, but one requiring the skills of an experienced laser surgeon. 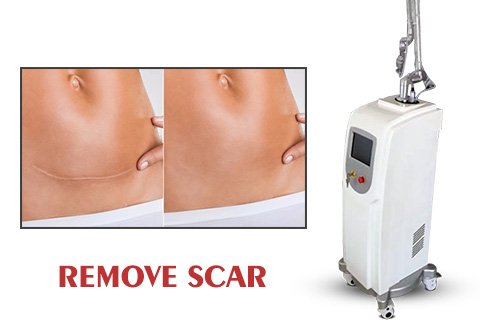 Who is a good candidate for laser resurfacing?

If you have fine lines or wrinkles around the eyes, mouth or on the forehead, scars from acne, or non-responsive skin after a facelift, then you may be a good candidate for laser skin resurfacing.

If you have active acne or if you have very dark skin, you may not be a candidate. This technique is also not recommended for stretch marks.

What happens after laser resurfacing?

Following laser resurfacing, a sterile dressing is applied to the treatment sites. When the dressings are removed (usually after one to three days), the patient cleans the treated areas two to five times a day with cool tap water, saline or a dilute vinegar solution. An ointment advised by your laser resurfacing specialist is then applied. This wound care is intended to prevent any scab formation. In general, the areas heal in 10 to 21 days, depending on the nature of the condition that was treated.

Once the areas have healed, makeup may be worn to camouflage the pink to red colour that is generally seen after laser skin resurfacing. Green-based make-ups are particularly suitable for this camouflage since they neutralise the red colour. Oil-free makeups are recommended after laser resurfacing. The redness in the laser-treated sites generally fades in two to three months but may take as long as six months to completely disappear. The redness generally persists longer in blondes and redheads.

Patients with darker skin tones have a greater risk of healing with darker pigmentation. This may be minimised by use of a skin lightener before laser skin resurfacing as well as continued use of this agent after healing.

In areas affected by acne in the past, there is a risk of acne returning to the treated area after laser treatment. Low dose antibiotics may be recommended after treatment to help prevent acne.